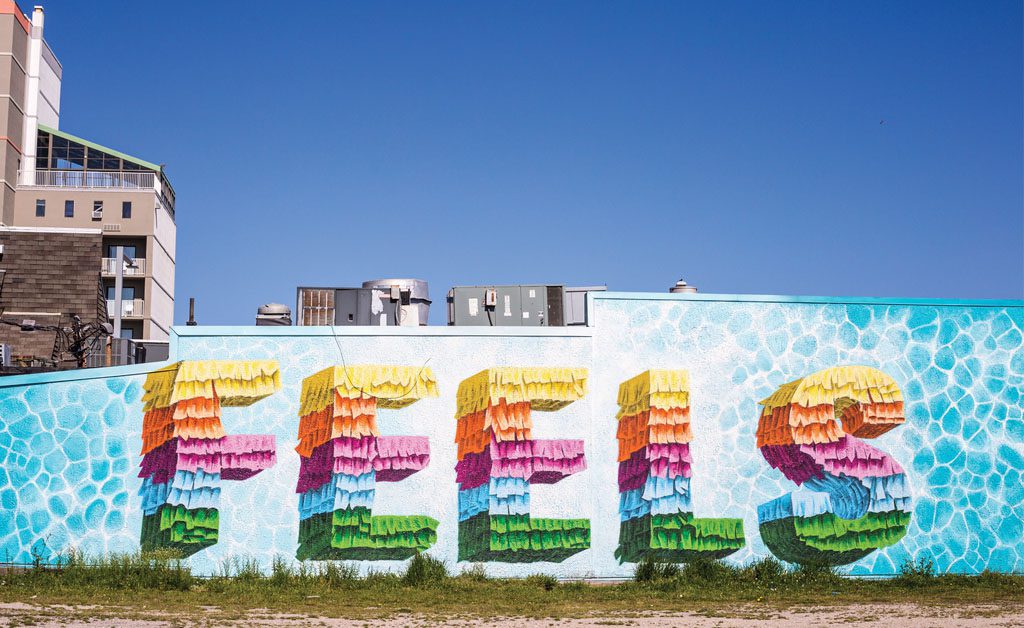 Behold the Artistic Side of Virginia Beach

There’s so much to see when you visit Virginia Beach. As you explore the city, you’ll probably notice the eye-catching public art. Wall murals, statues, sculptures and more can be found all across Virginia Beach, from the Oceanfront to Town Center and other inland neighborhoods. There are nearly 50 public art installations in Virginia Beach. How many can you find while you’re here?

Atlantic Avenue, along the Oceanfront, also has colorful wall murals, designed by local students in the “Love! On Atlantic” art contest. Headed to Mount Trashmore for a walk? Climb the steps embellished with a mural titled, “Helping Hands.”

A trip across the Lesner Bridge offers a view of two sculptures, The Canoes and Terrapin Basin.

These are just some of the many works of public art in Virginia Beach. Even more can be found at local public parks, libraries and recreation centers. In addition to viewing the free public art, plan a trip to one of the local museums where can find even more art. 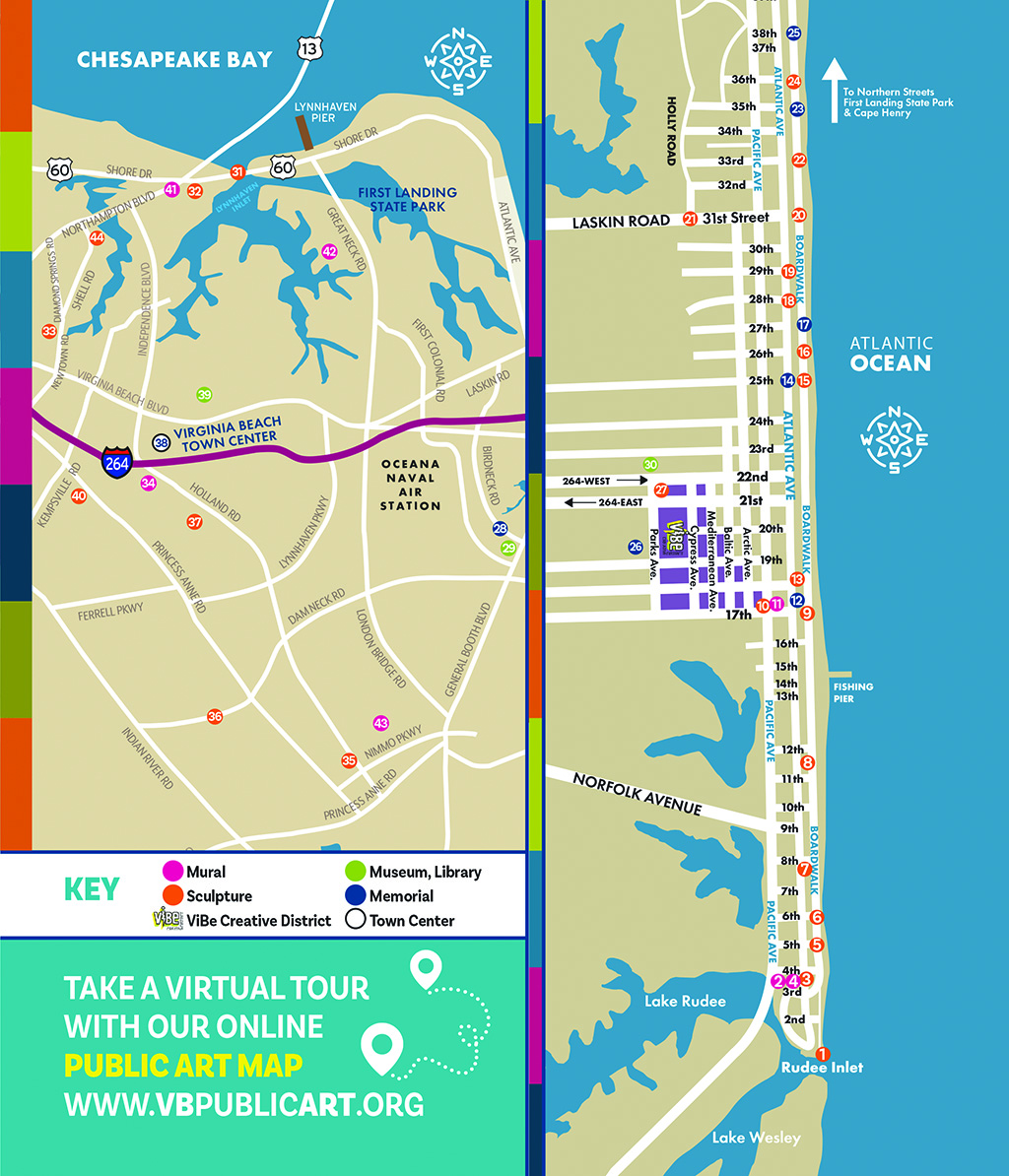